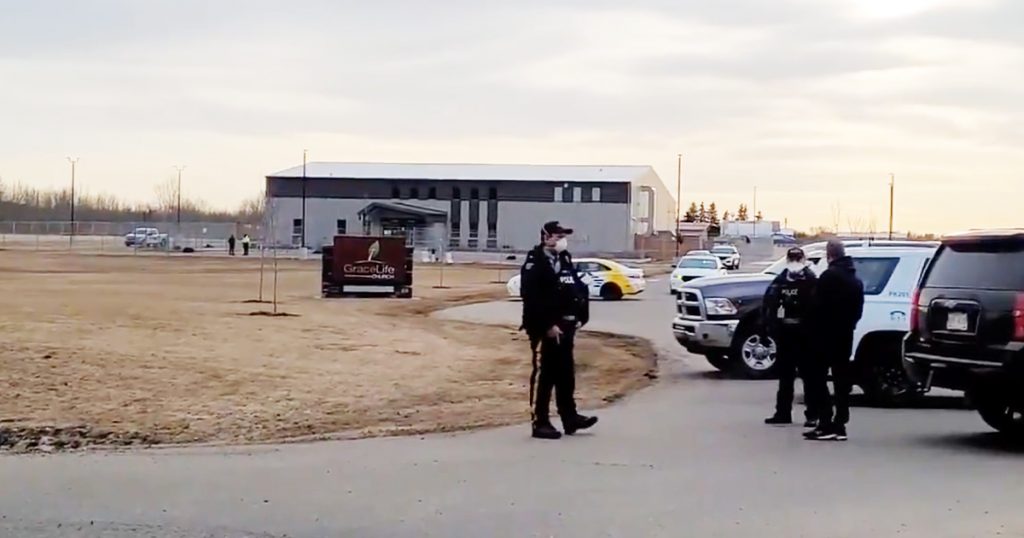 An Alberta church that continued to hold services in defiance of public health orders has been physically closed by authorities.

On Wednesday morning, police and agents from Alberta Health Services raided GraceLife Church outside Edmonton and prevented members from entering the building.

In a statement, Alberta Health Services said they closed GraceLife until the church agrees to obey restrictions.

“Alberta Health Services (AHS) physically closed GraceLife Church (GLC) and has prevented access to the building until GLC can demonstrate the ability to comply with Alberta’s Chief Medical Officer of Health’s (CMOH) restriction,” they wrote.

“GLC has decided not to follow these mandatory restrictions, nor have they attempted to work with AHS to reduce the risk of COVID-19 transmission.”

GraceLife Pastor James Coates was arrested in February after he continued to hold services that violated Alberta’s strict 15% capacity limit for religious services. Coates was forced to remain in jail until trial unless he agreed to not hold services, which he refused.

In March, Coates was released after prosecutors dropped all but one charge against him.

“With COVID-19 cases increasing and the more easily-transmitted and potentially more severe variants becoming dominant, there is urgent need to minimize spread to protect all Albertans,” AHS wrote.

This is a developing story and will be updated as additional information is available.