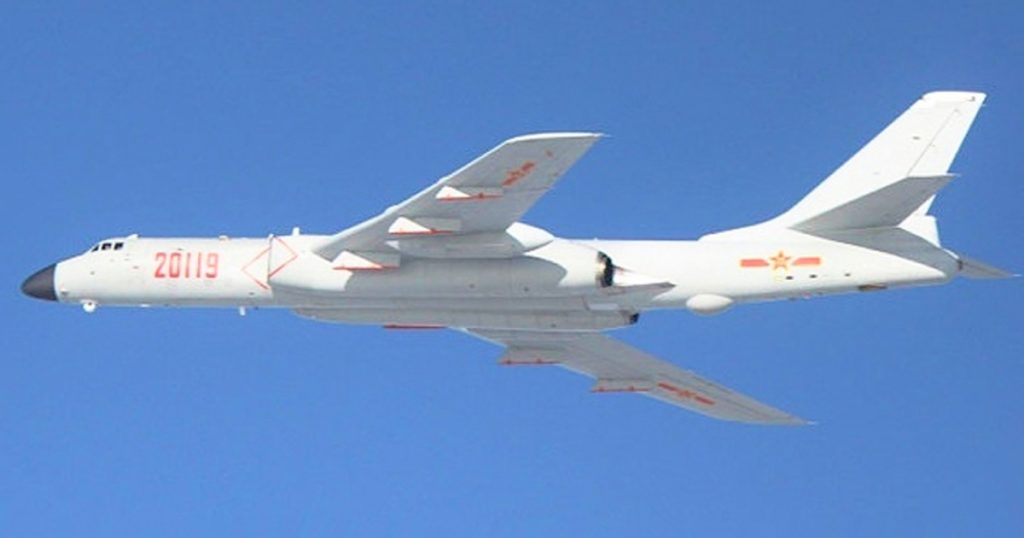 The aircrafts flew close to the Taiwan-controlled Pratas Islands and the southern part of Taiwan as well.

The Chinese mission came only a day after NATO leaders in Brussels warned of the military threat of Communist China, calling its behaviour a “systemic challenge.” Further, G7 leaders called on China to respect human rights and fundamental freedoms,” referencing the ongoing genocide of Uyghur Muslims and the crackdown of pro-democracy activists in Hong Kong.

In recent months, tensions between China and Taiwan have increased as the communist country has regularly carried out flights over Taiwan’s air defence zone.

In May, Taiwan’s foreign minister Joseph Wu issued a stern warning, saying his nation is ready to defend itself until the bitter end in light of China’s increased military aggression.

“All these seem to be preparing for their final military assault against Taiwan. This is our country, this is our people and this is our way of life. We will defend ourselves to the very end,” said Wu.

“Taiwan happens to be on the frontline of China’s expansion of its authoritarian order. And if Taiwan is taken by China, I think the consequences will be global.”

Critics of Prime Minister Justin Trudeau have called on the Canadian government to do more to support Taiwan.

A Politico report earlier this year suggested that the Liberals attempted to prevent an international award from being awarded to Taiwanese President Tsai Ing-wen.