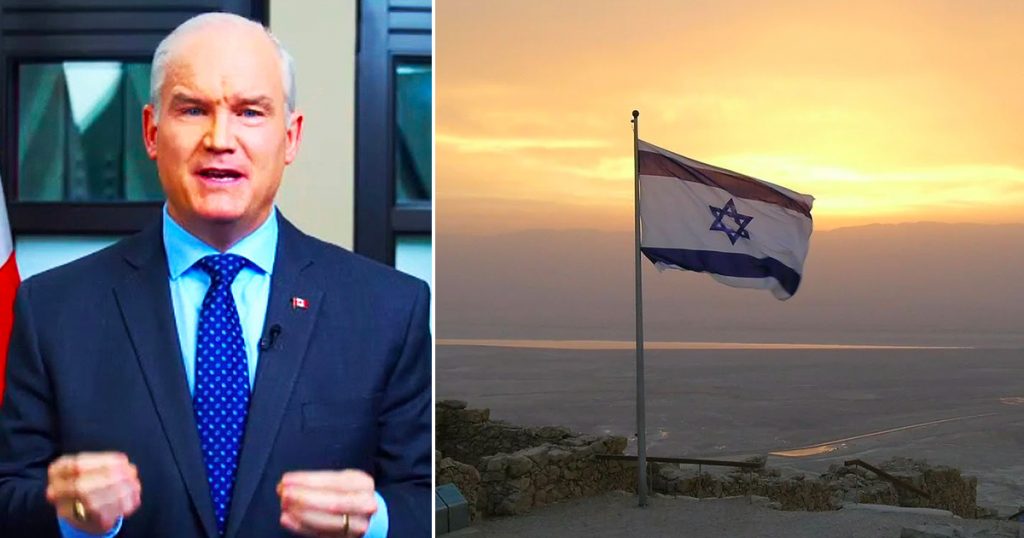 Garneau was pressed by Conservative MP Marty Morantz to clarify his government’s position on the matter and whether the Liberals support Israel’s right to self defense.

“Violence has erupted in Israel, the West Bank and Gaza. Hamas has fired thousands of rockets in civilian areas, demonstrating their obvious intent to kill as many Israeli citizens as possible. This along with deliberately setting up bases in civilian areas, using Palestinian civilians as human shield constitute war crimes. The minister of foreign affairs’ statements today on this violence have been ambiguous at best. Will the minister state unequivocally today that he supports Israel’s right to defend itself just as President Biden has done?” asked Morantz.

“Our comments and statements have been crystal clear. The indiscriminate barrage fired by Hamas into populated areas of Israel is absolutely unacceptable and must cease immediately. Canada supports Israel’s right to live in peace with its neighbours within secure boundaries and recognizes Israel’s right and in fact it’s duty to reassure its own security. Canada remains fully committed to the goal of a comprehensive just and lasting peace in the Middle East and Canada remains a steadfast ally to Israel and a friend to Palestine,” replied Garneau.

“This is a failure of leadership. Terrorist groups Hamas & the Palestinian Islamic Jihad have fired more than 2000 missiles targeting Israeli civilians,” tweeted O’Toole.

“We recognize and support Israel’s right to defend itself and condemn these attacks. We send our thoughts and prayers for the safety of everyone in the region.”

On Monday, Hamas began firing rockets into Israel from the Gaza strip. Since then, Israel has been facing daily bombardments. Recent attacks have led to the deaths of five Israelis and 35 Palestinians who died as a result of rocket fire.

Hamas is a designated terrorist organization in Canada.

Earlier this week the Trudeau government put out a statement on the ongoing violence in the region which called for de escalation from both sides.

“Canada is following the situation in Jerusalem closely. We call for immediate de-escalation of tensions and for all sides to avoid any unilateral actions,” wrote Garneau.