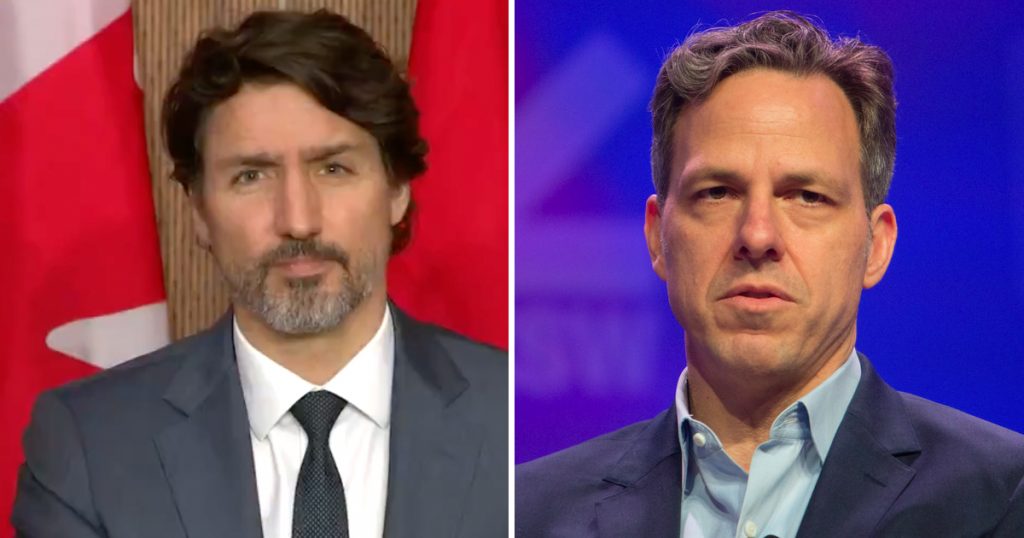 CNN host Jake Tapper slammed Justin Trudeau on Twitter after the prime minister accused the US network of not factually representing Canada’s COVID-19 vaccination response in the House of Commons on Tuesday.

At the centre of the dispute was a Monday evening segment on CNN’s The Lead which dug into Trudeau’s failure to acquire enough vaccines in a timely fashion while the country undergoes a third wave of the virus.

“This is a problem where you have to rewind decades to really get to the heart of this problem but that doesn’t let the Trudeau government off the hook. They’ve been in power for more than five years, they heard the dire predictions,” CNN anchor Paula Newton told Tapper.

“This country for decades had a competitive advantage in making vaccines, the research was right here. Look, Canadians will now pay for that complacency.”

During a question period exchange with Conservative Party Leader Erin O’Toole, the prime minister was asked whether his handling of Canada’s vaccination campaign was contributing to the ongoing third wave of the virus.

“The prime minister made CNN last night – the headline ‘Canada’s vaccine shortage.’ Jake Tapper told viewers around the world that the Canadian government had failed. Will the prime minister admit that his failure to secure sufficient vaccines is leading to a catastrophic third wave?” asked O’Toole.

“It’s important that we stay grounded in the facts in this conversation. Canada is actually third in the G20 in terms of vaccines delivered to people and were going to continue to work even harder to get more vaccines into Canada and into arms as quickly as possible,” replied Trudeau.

“That’s what this government’s focus is. At the same time we are supporting the provinces, the families and business owners so that we can do the restrictions necessary to get people through this third wave. We need to get people vaccinated and we need to get the caseloads down before we start easing restrictions and that’s what we’re focused on.”

Soon after the exchange, Tapper responded on Twitter demanding that the prime minister clarify what part of the CNN report he disputed.

Critics of the Trudeau Liberals have accused them of botching Canada’s vaccination rollout after significant delays in vaccine shipments and the Trudeau government’s decision to partner with China on the botched CanSino vaccination deal.

Currently, Canada ranks 32nd globally in the share of people who have received at least one dose of a COVID-19 vaccine. Several countries including Barbados, Uruguay and Serbia rank higher than Canada on the list.